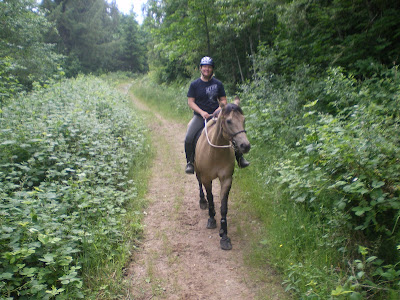 I have been saddle shopping for some time. I tested quite a few Circle Y flex trees and they just didn't seem to work. I finally bought a Flex Curve and measured Maddy's back and sent the tracing to a saddle expert in Missouri. Apparently I have a hard to fit horse. She is very steep and narrow and I will be very limited in my saddle choices. I have been advised that a flex panel saddle is the only type of saddle that will work on her back. So I started looking and there is not a lot to choose from. There seems to be about four companies, Ortho Flex, Amera Flex, Timberline, and RL Watson. They are pretty spending, ranging from $1500 to $5000. The distributors for all companies are few and far between. Fortunately most have demo programs, which I will take advantage of before I buy. I am busy reading and looking and hopefully I will find my endurance saddle by the end of summer. I have a feeling this is going to be a lengthy process.
Posted by photogchic at 2:22 PM 18 comments:

I am pretty disappointed. Clinton Anderson "endorsed" these boots, they looked cool, they were easy to put on....."sigh." It was too good to be true. It took only four rides for the Boa Boots to break, both on the same ride. As we were crossing the creek, I lost the first one and went back to look for it. I saw it bobbing in the water, the wires broken. An hour later, I see a black thing whiz off to the side of me and there went the second one. Its wires broken as well. Lucky for me, they have a 90 day warranty. I have friends that swear by the Cavallos and a friends that loves the Old Mac G-2's. Anyone out there have a horse boot that they prefer? I would love to hear from you. Here is a photo of Me and Maddy enjoying the trails, oblivious to the impending demise of our Boa Boots. Photo courtesy of Kacy over at All Horse Stuff. 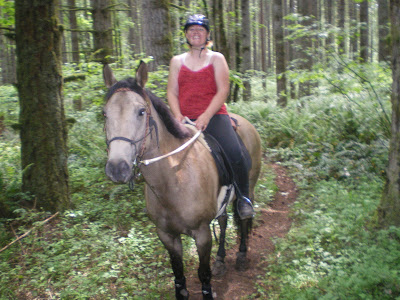